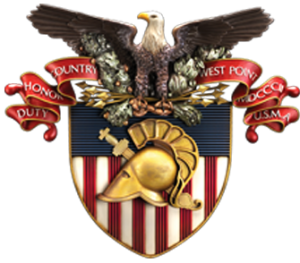 William L. Givens, whose varied career ranged from soldier to diplomat to management consultant, died peacefully at home in Boston on Monday, September 12, 2022. He was 93 years old.

Born in Chattanooga, Tennessee in 1929, Givens, who was known as “Bill,” was the only child of Edista Roberts Givens, a nurse, and Nicholas Gibbs Givens, a criminal defense lawyer. After separating from her husband, Edista raised Bill on her own in Cleveland, Tennessee while working as a practical nurse. Determined that Bill would go to college despite her lack of resources, she envisioned a path for him through Tennessee Military Institute (TMI) in Sweetwater and onward to West Point. Edista prayed for a way to afford the TMI tuition, and God answered her prayer when the superintendent of the school told Edista “Our nurse quit today,” and hired her to work as the school nurse throughout Bill’s time there.

Bill was a life-long prankster and contrarian. He was fond of telling people about the time he convinced all his TMI classmates to throw their pie at the teachers’ table (which included his mother) on his signal. Despite his love of mischief, Bill knew that his mother had gotten him to TMI and “it was my job to be that student” who was the school’s appointee to West Point. He succeeded.

After graduating from West Point in 1951, Bill served in the 11th and 82nd Airborne Divisions and in combat (Special Operations) in the Korean War. There, he traveled behind enemy lines on a “junk” sailboat with Korean pirates. Bill spoke of these ten months in Korea as some of the most exciting times in his life, and later wrote a memoir titled “With Wolves and Dragons” about his experiences there.

After his time in Korea, Bill left the Army and joined the US Foreign Service where he served in Tokyo from 1958-1964, and in Washington DC from 1964 to 1966. He then served for five years as a Special Assistant to Admiral H.G. Rickover, US Atomic Energy Commission (now Nuclear Regulatory Commission) responsible for negotiating US nuclear powered warship entry into foreign ports. Bill revered Admiral Rickover for his total, brutally uncompromising dedication to excellence in all things, and later wrote about him in a memoir entitled “Rickover Redux: Legacy of an American Immigrant”.

In the early 1970s, he transitioned to the private sector, working for The Boston Consulting Group advising American and European corporations with interests in Japan, and Japanese corporations interested in the US.  He subsequently formed his own consultancy, Twain Associates Inc, which performed corporate strategy analyses and negotiations for major corporations in the US, Europe, and Japan. In 1978, Mr. Givens joined the Board of The Japan Fund (est. 1962), the first U.S. mutual fund investing exclusively in Japanese equities. He served as Chairman of the Fund 2000-2010 and CEO from 2007-2010. He was honored by Institutional Investor as Small Board Trustee of the year in 2002 and again in 2008, the only individual to have twice received the award.

Aside from his two memoirs, Bill also wrote numerous articles over the years, appearing in Foreign Affairs, Fortune, The Washington Post, Business Week, The Boston Globe, and other publications.

Bill was married to Elana Lehavy Givens for 35 years, and they were madly in love until the day he died. Together they had a daughter named Celia. Bill was previously married to Patricia Patterson Givens, and during their 27-year marriage they had five children: Stephen, Cecilia (Sage), Amy, Catherine, and Ann. Bill paid forward his mother’s belief in the value of education by encouraging all of his children to strive for excellence and attend the best secondary schools and colleges possible. He was embarrassingly proud of all his children and would brag about all their accomplishments to anyone who would listen. At the time of his death, his family had grown to include 14 grandchildren and two great-grandchildren.

Despite his impressive and lengthy resume, Bill was most known for his character and for his beverage of choice: a very, very dry Beefeater martini, straight up, with one olive (not two, not three) and one twist, shaken ten times (not nine, not eleven). Bill had a strong moral sense, and never shied away from controversy regardless of its potential cost to him. In the 1960’s while working at the Japan desk in the U.S. State Department, Givens learned that the U.S. Military was violating the U.S.-Japan Security Treaty by covertly storing nuclear weapons in a landing ship tank near Hiroshima. He immediately exposed the violation, which resulted in the ship being moved to Guam. When asked by his superiors “Who told?” Bill spoke right up saying, “I told.”

He enjoyed bantering and teasing with everyone he met, from the couple sitting at the next table at the local tavern, to the receptionist at the dentist's office. He championed the underdog and went out of his way to mentor and encourage others, especially those he felt were, like him, eccentric and smart. People that worked for Bill noted that he was incredibly demanding but kind, exacting but encouraging, and settled for nothing less than the best work. He often said that success is measured by the impact one has on others. There is no doubt he succeeded in his mission.

A memorial service will be held at West Point.