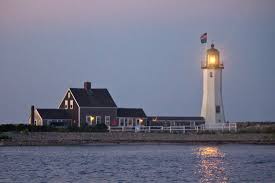 Early on the morning of Saturday June 11th , Walter William Collins peacefully passed away at the age 67 after a long struggle with Lewy Body Dementia and Parkinson’s disease. Walter was born in Boston, MA to Cecil "Chip" and Ellen Collins in 1954. After briefs stints in the army and on the football team at the University of Massachusetts, Walter left school with his larger-than-life personality and his best-in-class looks (North Quincy High school, Class of 1972) to start a career as a bartender. Walter quickly realized that he understood better than most what people wanted from a night out and decided to open his own establishments. After starting with a little pub in Raynham with his buddies Kevin Skieber and Fred Dunn in 1984, Walter eventually built a series of up to 14 successful restaurants, bars, and nightclubs throughout Massachusetts, Rhode Island, and Florida. Despite nearly endless responsibilities and late hours in a competitive industry, Walter did not let business dull his electric personality. He maintained a love for practical jokes and a talent for telling stories that he had inherited from his mother, which allowed him to interject vitality into any situation and build connections quickly. Walter valued these connections with others and maintained a belief that people were generally good natured, which meant he believed in second chances. Keeping this perspective may have lightened his wallet over the years or hurt him in other ways, but it kept his heart full. Whether you knew him from behind the bar at Shenanigans, on the floor of the Great American Pub, or working the door at T.K. O’Malley’s, you knew Walter as a good and fair man who loved life. Walter also nurtured a love for boats, cars, and anything else that went fast. His love for speed eventually manifested through offshore powerboat racing. Walter was extremely proud of his five World Championships and his three National Championships, which rightfully earned him a spot in the American Powerboat Association’s Hall of Champions. Perhaps the only part of his life of which he was prouder than his championship rings were his children. Walter exuded pride at all his son’s sporting events and all his daughter’s theatrical shows; even donning tights once on stage as a pirate to support daughter’s performance in Peter Pan.

Walter is survived by his wife of forty years, Jean, his daughter Ellen, and his son John. He also leaves his brother Luke, his sisters Carole and Cecile "Cece", his grandson William, and many beloved nieces and nephews. Walter will be joining his sister Grace, mother Ellen, and father  "Chip" who preceded him at rest.