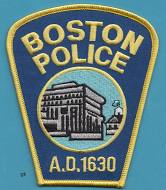 Thomas Gerard Walsh (Tom) of Roslindale, retired BPD Patrolman, passed away peacefully on Wednesday, January 18, 2023 at age 85. Tom was the beloved husband of the late Dorothy A. (née Whipple) who passed away in 2019, just two months shy of their 60th wedding anniversary. He is survived by his three loving children: Donna Hannon and her husband Thomas of Roslindale, Christine Leverone and her husband Robert of Franklin, and Joseph Walsh and his fiancée LeeAnn Shirley of Salem, NH. Tom will be dearly missed by his seven grandchildren and two great-grandchildren: Erin Hannon-Foley and her Husband Joe, T.J. Hannon and his wife Tabitha, Robert Jr. and Christopher Leverone, Diana, Kayla and Michael Walsh, and Joey and Scarlett Foley. He is also survived by five siblings: John of West Roxbury, Robert of Hackettstown, NJ, Patricia Downey of Andover, Kay and her husband Fred Gale of Millis, and Rita of West Roxbury. Additionally, Tom is survived by his sister-in-law Frances Morrison of Needham and an abundance of adoring nieces and nephews. Tom was predeceased by three siblings: Joseph of West Roxbury, Mary Walsh of West Roxbury, and Margaret Moscato of Malden.

Tom grew up in Jamaica Plain and graduated from Mission High, class of 1956. That's where he met the love of his life, Dot, and they married in 1959. The youngest of four brothers, Tom followed in his father’s footsteps by serving in the US Army and then becoming a Boston Police Officer. Tom also served his country in the National Guard. Early in his career, Tom earned an Associate’s degree from Newbury Jr. College and later, during his retirement years, he completed a Rehabilitation Counselor certificate program at UMass Boston.

Anyone who ever met Tom knew that he was proud of his family but he was also proud of his long-lived sobriety. He joined Alcoholics Anonymous (AA) as a young man and remained in recovery for over 52 years. During those years, he sponsored countless people as they navigated their own days, weeks, and years of sobriety. Tom truly lived by the AA fellowship Serenity Prayer:

God grant me the Serenity to accept the things I cannot change,

The Courage to change the things I can,

And the Wisdom to know the difference.

A Mass of Christian Burial will be celebrated in St. John Chrysostom Church 4750 Washington St. West Roxbury, on Wednesday, January 25, at 10:00am. Visiting hours will be held in the Robert J. Lawler and Crosby Funeral Home 1803 Centre St. West Roxbury, on Tuesday, January 24, from 4:00 to 8:00pm. Relatives and friends are invited to attend. Interment Mt. Benedict Cemetery.

In lieu of flowers, donations may be made to the Dana-Farber Cancer Institute https://defycancer.dana-farber.org/ways-to-give/