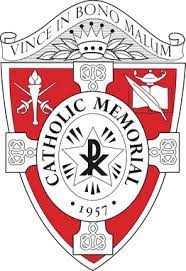 Thomas J. Eaton, 72, of Gloucester passed away peacefully Wednesday December 1 at Kaplan House Care Dimensions, Danvers, He was the beloved husband of Irene “Ginger” (Ready) Eaton with whom he shared 47 years of marriage.

A native of Jamaica Plain, MA, he was the son of the late Paul and Edith (Bryant) Eaton. He graduated from Catholic Memorial (CM) and Boston College Class of 1970 with a degree in finance. After service in the Massachusetts National Guard, Tom joined the National Bureau of Economic Research as an analyst. After “learning the ropes” at the Bureau, he moved on to Digital Equipment Corp (DEC), at that time a trailblazer in computer technology. At DEC, Tom began his career rise domestically and abroad occupying financial management positions in the United States, Dublin, London, and Hong Kong. International postings continued for Conner Peripherals, and Seagate Technology. Tom’s entrepreneurial talent led him to investments in Singapore before his return to the States.

Before Tom and Ginger become “expats”, they began their family life with their daughter Rachel and son John, first in West Roxbury, MA, then in Bedford, NH, and finally in Acton, MA. There he was an enthusiastic fan and booster of all school sports and soon became a regular on New England’s ski slopes. Tom loved both Cape Cod and Cape Ann. He spent his summers as a youth at Harwich Port and summers with his family on the North Shore at Manchester by the Sea where he was a longtime member of the Manchester Bath and Tennis Club.

A gifted athlete running track at CM, he had a passion for golf from his earliest days as a caddy at The Country Club in Brookline MA. That was demonstrated through the countless rounds of golf he played around the world. Many of his friends and business associates fondly recall his humor and good sportsmanship on the links.

Predeceased by his parents and his brother Paul of Boston, surviving him is his wife, Irene, of Gloucester; a daughter Rachel Bonavico and her husband Christopher of San Francisco, CA; a son John and his wife Marnie of Holliston, MA. He also leaves five grandchildren: Libby and Margot Bonavico; James, Frankie and Josie Eaton. Tom is survived by his siblings: Ann MacKinnon, Harwich Port, MA; Betsey Rotondi and her husband Paul of Stoneham, MA; Richard Eaton of Norwood, MA; Robert Eaton of Acton, MA; and Gerry Eaton and his wife Nancy also of Harwich Port. He is mourned by many loving nieces and nephews, friends and neighbors.

In recent years Tom and Ginger lived in Acton, Waltham and Littleton MA before their recent move to Gloucester.

On Saturday December 4th at 10:00am a funeral Mass will be celebrated at Sacred Heart Church, School Street, Manchester by the Sea, MA. In lieu of flowers, the Eaton family asks that donations be made to the Catholic Memorial Scholarship Fund in memory of its alumnus Thomas J. Eaton.