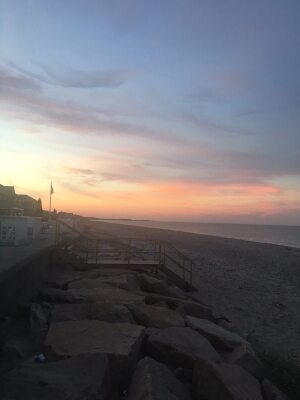 On Wednesday, March 25, 2020, Steven T. Ladoulis, loving husband, father, and grandfather passed away at the age of 87.

Steven was born on April 27, 1932 in his childhood home on Mission Hill in Roxbury. He graduated from English High School in 1949 and received his law degree from Boston University School of Law in 1954. He and his wife Lillian of 65 years first met as undergraduates at BU when both were 17 years old. They married in 1955 and soon after he was drafted into the army and stationed in Manhattan, Kansas where he was appointed to provide legal counsel to fellow servicemen.  After the service they moved to Jamaica Plain and had three children. Later they moved to Brookline and remained in the same home for over 40 years.

Steven initially had a private law practice in Brookline. Midlife, he became interested in business and put aside his law practice to participate in business ventures in Massachusetts, Maine, Ecuador, and Newfoundland. Business involvement included but was not limited to overseeing a scrap steel plant and steel mill, trucking and transportation, real estate, and fishing and shrimp imports.

He was a Mason and Past Master of the Hammatt Lodge in Boston in 1972. He and his wife continued to travel and socialize with their Wayfarers group for many years.

Steven was an original founding member of the Mercantile Bank and Trust in 1987 and was a continuing board member until it merged with Commerce Bank in 2012. Through this affiliation he participated in many events within the Hellenic community.

He was an avid golfer and spent much of his time playing golf with friends and family.  He was an inner member of the Putterham Meadows Public Golf Club in Brookline. He enjoyed being a private pilot and had all his ratings. He frequently flew with family and friends for vacations.

People who knew Steven well will remember his favorite debating tactic: “If you’re not sure, I’m positive!”

He fought and conquered many medical conditions and complications including cancer twice, and always had a positive outlook.  He died at the Sherrill House in Jamaica Plain of heart failure.

He loved all his nieces and nephews as well as their spouses and children, and grandchildren of which there are too many to name. Family gatherings were always a highlight for Steven.

A memorial service will be held at some time in the future. Donations in his name may be made to the charity of your choice.