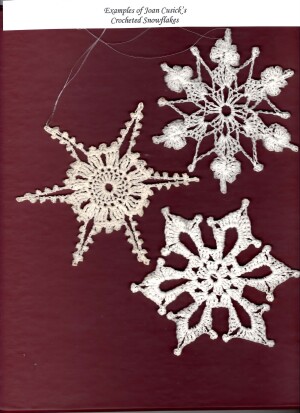 Cusick, Joan (Harris Anderberg), 90, life-long resident of Boston/West Roxbury, died on January 2nd after complications from a fall.  She is survived by her daughter Lynne (Anderberg) Millican of West Roxbury, sister Barbara Tripp of Marshfield, brother John Harris of West Roxbury, and 2 nieces and 3 nephews.  A proud patriot, she served as Lt. JG in the Navy during the Korean War, and was a long-time member of the American Legion. She subsequently obtained a master’s degree in education and had a career as a 1st grade school teacher in the town of Canton.

She was a talented seamstress, painter, craftswoman, and crocheted many beautiful articles - especially dainty snowflake ornaments.  She also was an avid reader, gardener (with quite a green thumb), and had a love for travel, dry humor, and adventure.  She loved treks in the woods (and sand dunes), searching for dinosaur tracks and fossils, and enjoyed identifying birds and especially edible berries, which she would make into delicious jellies, jams, and muffins.

Instructing, mentoring and guiding children held a special place in her heart, and she cherished each new school year’s class.  She took advantage of school vacations and summers to become ‘well-traveled’, including abroad, and provided much travel and fun for her daughter and nieces and nephew, as well as taking trips with her sister and brother.

She especially liked to tell stories about her time serving at the Pentagon during the Korean War, where she would carry top secret messages to the White House.  She relayed that “males of the same rank would have the brief-cased message handcuffed to their wrist and have an escort, while the females were handed a valise and told to ‘meet the driver at the concourse’”.  Since women of the 1950s were not assumed to handle ‘critical’ information, she always said “females were a secret weapon of Uncle Sam”.  She remained committed to patriotism and the country’s freedoms and liberties – and didn’t hesitate to voice her opinion about “the dangers of using Covid to erode the civil liberties so many veterans fought and died to preserve”.

Reflecting and marveling often at how blessed and lucky she was in health, other than vitamins, she had been ‘medication free’ until the age of 84.  Her belief was her good health and longevity was due to eating “peas”, and she never tired of her daily dish of this legume.  Because of Covid, other than a few doctors’ appointments, her first excursion “out” was to vote on November 3rd.  Two days later she fell while gardening, fracturing her femur and dislocating her hip.  Surgery was tolerated well, and upon transfer to the Sherrill House for rehab on November 13th a full recovery was anticipated.  However, the surface-level skin erosion she arrived with at this rehab became a deep, infected, extremely painful, Stage 4 bedsore within 5 days.   Agonizing pain from this bedsore prevented any physical therapy/rehab, and, coupled with Covid quarantines and separation from her daughter, and further isolated due to inability to read lips from masks, she barely ate or drank anything and began to fail quickly.  Only in the last week of her life was the pain effectively controlled, allowing her to be finally comfortable.  And she knew plans were in place to get her home imminently.  May she rest in peace and have a wonderful after-life trekking in Heaven.

In lieu of flowers donations may be made in Joan's memory to The Wounded Warrior Project. www.woundedwarriorproject.org