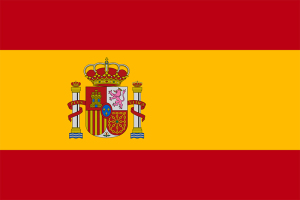 Born in La Coruña, Spain, in 1926, Enrique grew up during the Spanish Civil War, a time of great pain and suffering. Even within those dire circumstances, he and other kids managed to find original ways to play. Enrique told entertaining stories of ‘wars’ between neighborhoods, fights with sticks and stones, little sisters that acted as nurses, and young kids held overnight as prisoners… hard to fathom nowadays! As a teenager, Enrique started helping his father at work, keeping the accounting for the family’s construction business while learning the basics of the trade. He was the first in the family to finish high school, where he met his sweetheart, Ovidia. She fell in love with him because he was the best goalkeeper in the local soccer league, and “the most handsome.”

Enrique enlisted in the Spanish Army, serving in the 5th Artillery Regiment from 1946 to 1949 and earning the rank of Corporal. He had two choices for enlistment: He could wait for the draft and serve 2 years away from home, or he could volunteer for 3 years and serve in his hometown. Needless to say, he chose to serve for 3 years and stay close to his dear fiancée.

After getting married, Enrique got a good job as a bank teller but adventure called when his aunt and uncle went to Venezuela in the mid-1950s. They invited him to visit and stay for a while, work for a couple of years, and make some money to invest back home. He was lucky to find a job as a draftsman and construction manager for Nestlé, building upon his previous family experience. He traveled throughout the country building food processing plants and employee housing communities. By the time he saved enough money to return to Spain, his wife and children didn’t want to leave the open skies, lush vegetation, and warm tropical valley of Caracas. They built a house for the family and made many friends. He remained in his adoptive country for 60 years, even after Ovidia passed away, after he retired, and after his daughter got married and went to live far away.

It was during those years that Enrique and Ovidia engaged in two activities that came to fulfill some of their wildest dreams. They bought a small motorboat and kept it in a weekend resort on the coast. Every Saturday they drove two hours to launch the boat and spend the day roaming the turquoise Caribbean, visiting remote coves with evocative names like Bahía de Piratas (Pirate’s Cove) or Caracolito (Little Snail), swimming in crystalline waters and walking on golden sand beaches. These may have been the happiest days of their lives. They also began painting. Ovidia started first, painting oil-on-canvas still life flowers, fruit bowls, and tropical landscapes. After her passing, Enrique went even farther, painting women and children, horses, villages and portraits, using both oil on canvas and watercolor. He finished over 100 paintings and sold most of them, some as part of group exhibitions and the rest to family and friends.

In 2017 Enrique became an immigrant for the second time in his life, coming to live in the United States with his daughter Margarita and son-in-law Jim. While it was hard to leave behind his son Alberto and daughter-in-law Carmen, and so many dear friends and memories, he found new joy in the love of his family in Boston, especially the grandchildren. After a year of social distancing and masking, 2021 came full of pleasant surprises: the birth of his great-grandson Cooper, his 95th birthday, Alberto’s visit, and his granddaughter Cristina’s wedding. He couldn’t wish for anything better.

Visiting Hours will be held in the Robert J. Lawler and Crosby Funeral Home 1803 Centre St., West Roxbury, on Thursday, November 18, from 4:00 to 8:00pm. Relatives and friends are invited to attend. Interment services private.

Donations may be made in Enrique’s name to: