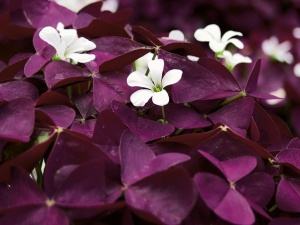 David P. Walsh (Dave)-October 3, 2021, of Norwood, formerly of West Roxbury and Galway, Ireland. He was 89 years old. Beloved husband of the late Ann M. (Sweeney) and son to the late Marie (Fahey) and Michael Walsh, of Raha, Oughterard. Loving father of David M., Elizabeth A. Lawler and her husband David of Osterville, Maureen Walsh-Melia of Stoughton and Erin M. Walsh and her fiancé Paul Mitchell of West Roxbury.  Beloved grandfather of Matthew, Christopher, Kathryn, Rachael, Stephen and Kevin.  He is survived by his sisters, Marie (Walsh) Geraghty of Roslindale, Nora (Walsh) Hampshire of England, Kitty of Galway, along with his brothers, Michael of Medford and Tom of Galway. He is pre-deceased by sisters Mary, Elizabeth and Bridget, and brothers, Patrick, Peter and John, all of Galway. Also survived by many loving nieces, nephews and his former son-in-law Brian Melia.

Dave was most happy when sharing his singing talent with friends and family who were fortunate enough to enjoy spending time with him. Dave was a man of great faith and a true gentleman, always ready to lend his time to those in need, he will be greatly missed.

In lieu of flowers, donations may be made to a charity close to his heart, either the Franciscan Monastery of Saint Clare, 920 Centre Street, Jamaica Plain, MA 02130, or the SMA Missionaries, 337 Common Street, Dedham, MA 02026.

Dave’s funeral Mass will be available via Live Stream at http://www.lawlerfuneralhome.com click on his obituary notices and scroll to the bottom.