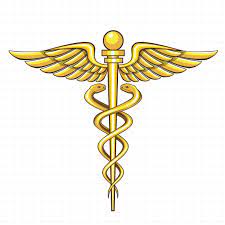 Colm Patrick O’Riordan died on June 7th 2022.   He was surrounded by his family and passed away peacefully and with dignity. He was 82 years old.

He was born on November 6th, 1939 in Dublin Ireland to Diarmuid and Josephine O’Riordan and was the eldest of 6 children.  He attended St Paul’s College and the Royal College of Surgeons in Dublin graduating at the top of his class before emigrating to the United States in 1964 to start his family and build his medical career.

Colm served as a Major in the US Army stationed in Wurzburg and Oberammergau in the late 1960’s. After his service he completed his residency in orthopedic surgery at Tufts Medical Center. He then started his own orthopedic medical practice in Brookline and later in Nantucket, Hyannis and Seattle Washington where he continued to consult and practice up until his recent death.

He gave much of his time not just to his patients but volunteering for organizations like Project Bread, Friends of Haiti and Orthopedic Overseas where he volunteered in Haiti, Pakistan and Bhutan.

Gracious and erudite, Colm had a wicked wit. He was an avid outdoorsman who enjoyed travelling six of the seven continents, gardening, skiing through his seventies, sailing and motoring his Bristol skiff around Nantucket, the island he first visited in 1974 and called home since 1985. He was the owner of many Bull Mastiffs whom he loved to walk on the moors, and he adored his home and cherished hosting family and friends. He loved a good book, the morning NY Times and a nice glass of Pinot Noir and he was a loyal friend; a stoic but also a romantic who could be relied on for wisdom and sage advice. He had many accomplishments and was adored by so many.

Colm is survived by his loving wife of 29 years Kate, his sisters Eithne, Sheila, Mary and Joan (he is pre-deceased by his brother Martin). His four children (from his previous marriage to Brigid O’Riordan): Siobhan, Orla, Gavin (Darcey) and Eoin (Jaime) and stepson Ben (Cat) and his beloved grandchildren Ava, Gavin, Teagan, Deacon, Emmet and Cian.

A celebration of Colm’s life will be held early autumn.  In lieu of flowers the family asks that donations be made in Dr. Colm O’Riordan’s name the Adelante Youth Mission  www.adelanteyouthmission.org  led for many years by close family friend Father Joachim Lally.