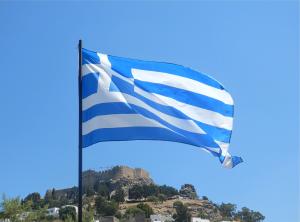 Chris was the devoted husband of 55 years to his beloved late wife, Katina; loving father of Peter and his wife Mimi of Newton, MA, and Lisa and her husband Chet Baker of Medway, MA and devoted Papou to Kelsey, Alex, Jason, Kristen and Cody.

Chris was born in Nymfasia, Arcadias, in central Peloponisos Greece, on August 23rd, 1928.  He was the oldest sibling of six.  He joined the Greek Air Force in 1948, which brought him to Chanute Air Force Base in Champaign County, Illinois.  This was followed by a year in Frankfurt, Germany and then upon returning to Greece he told the family of his experiences, particularly about the United States, and suggested they move to this beautiful land of opportunity.  Uncle John (Pantelis’s brother) kindly sponsored the family and they all arrived in 1951.  Three years later, the family purchased their first home in Roslindale.  A friend introduced Chris to Katina Chanteles and he said that something magical happened when he saw her big, beautiful brown eyes.  Their first date was at the Broadway Theater in South Boston and shortly thereafter, Chris proposed to Katina at the beach in South Boston.  They were married and moved to a home in Roslindale, with Lisa and Peter arriving shortly thereafter.  Chris enjoyed his work at Sylvania but always hoped for his own business and started moonlighting in the evenings and weekends repairing tv’s and radios.  Chris eventually decided to focus on his own business full time and thus, Astro was founded in 1969.  Katina took care of the shop while Chris was out on service calls.  They were quite a team and the business eventually evolved into Astro International.  Chris had a remarkable work ethic and there wasn’t any project he wouldn’t tackle.  If he wasn’t working, he was enjoying time with his family.  Whether it was the family’s annual trip to St. Maarten for New Year’s, summers on the Cape or winters in Naples, tennis with Katina or playing cards with their friends, Chris enjoyed life to the fullest.  His family loved his stories about Greece and history, and as a consummate story and joke teller he provided incredible laughter and memories that will always be cherished.  Our Papou will forever live in our hearts.

Due to Covid – 19, a private family service will be held in the Robert J. Lawler and Crosby Funeral Home, 1803 Centre St., West Roxbury, On Monday, June 29, at 11:00am. Interment Forest Hills Cemetery.

A celebration of Chris’s life will be held at a later date for all to attend.

In lieu of flowers donations may be made in Chris’s name to the Annunciation Greek Orthodox Cathedral of New England, 162 Goddard Ave, Brookline, MA 02445