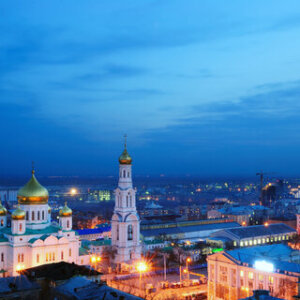 Aleksey was born in 1953 in Rostov-on-Don, Russia. The son of Ivan Petrovich and Maria Vasilyevna, he was the second youngest of 11 children. Aleksey served for the border patrol of the Russian Army. He spent majority of his working career operating heavy machinery, working on building sites in Rostov and other countries, such as Mongolia and Iraq. In 1997, Aleksey, along with his parents in-law, wife and kids, moved from Rostov-On-Don to Fall River, Massachusetts, where he would live for the next 25 years. Though Aleksey battled many different illnesses (more than anyone should have to endure) starting in the 1990s, he never let his spirit be dampened and was strong as an ox. Doctors would often remark, even right up until the end, that they couldn’t believe the resilient and tough man in front of them was the same they were reading about in the charts. Aleksey was an independent and self-sufficient man, who never asked for help.

Aleksey loved his children very much and was even more thrilled to spend time with his grandchildren, whom he adored, and would have done anything he could for them. He always had a prepared meal for his family, including delicious borsch and many blinis. He was kind and generous, with a warmth about him that made him beloved by all who came in contact, be it the nurses on Bigelow 8 over the years or his neighbors in Fall River.

Family burial will take place at The Gardens at Gethsemane Cemetery. Messages of condolence may be left below or at The Gardens website. In lieu of flowers, donations may be made to the American Lung Association at www.lung.org.