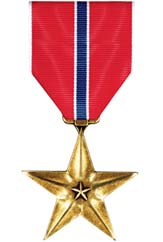 Edward had a distinguished career with the United States Army for over 21 years, serving during Viet Nam. He was the recipient of the Bronze Star and retired with the rank of Master Sergeant. He then became a letter carrier for United States post Office.

Visiting hours will be held in the Robert J. Lawler and Crosby Funeral Home 1803 Centre St. West Roxbury, on Thursday, January 20, from 4:00 to 7:00pm. Relatives and friends are invited to attend. A Committal Service with Military Honors will be held on Friday, January 21, at the Massachusetts National Cemetery, Bourne at 1:45pm.

TO WHOM IT MAY CONCERN:

Take a man then put him alone

A thousand miles away from his home

Empty his heart of all but blood

Make him live in sweat and mud

This is the life we have to live

Our souls to God we gladly give

Not by chance, but by choice

For the sake of hearing freedoms voice

You “Peace Boys” sit in your easy chair

Because you don’t realize the struggle over here

You believe that freedom is for only you

But what of those to whom its new

You demonstrate and have your fun

But deep inside you’re on the run

Reality is the farthest thing from your mind

You use your drugs and live in dreams

You never seen him cry in need

You burn your draft cards, march at dawn

Chant your songs on the White House lawn

There’s nothing else for you to do

And we’re supposed to die for you?

It’s a large price we had to pay,

Not to live another day

We had the guts to fight and die

We paid the price but what did we buy

We bought your lives by losing ours

But who gives a damn what a soldier gives

His wife or his girl does,

And his mother, father and sons…

But they’re about the only ones…

Published in the South Boston Tribune

During the Vietnam War