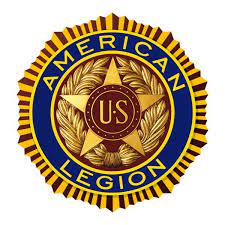 Dorothy “Dottie” (O’Donnell) Conlin, formerly of Boston, a current resident of Norwood, where she has resided for the past 18 years, died peacefully on December 20th following a long battle with complications from cardiac surgery, she was 84 years old.  She was the loving mother to three sons, seven grandchildren and numerous great grandchildren.

During the past year she never gave up on the fight and was determined to get back out of the house and drive ANYWHERE once again.  This drive and determination was with her throughout everything she did.  A quote from a Kathy Kinney sums her life’s journey up best;

“One day she finally grasped that unexpected things were always going to happen in life.  And with that, she realized the only control she had was how she chose to handle them.  So, she made the decision to survive using courage, humor and grace.  She was the Queen of her own life and the choice was hers.”

Dottie worked for the Department of Labor and United States Postal Service for over 37 years combined before retiring in 2013.  She loved her job and cherished the interaction with her friends and co-workers.  She was a member and President (1980-1985) of the Ladies Auxillary of the American Legion Cecil Fogg-Roberts Post #78 in Hyde Park and in 1992 she became the first female elected President of the Fraternal Order of the Eagles in Hyde Park

She was predeceased by her parents Bernard M. and Marie J. (Dennehy) O'Donnell and her siblings, Michael, Rita (O’Donnell) Himmelman of Hansen, Joan (O’Donnell) Porter of Vineyard Haven and has a surviving sister Frances O'Donnell of Tewksbury.

She is survived by her son, Edward and wife Sheila of West Roxbury, grandchildren Lindsey, Daniel and his wife Megan (Cronin) Conlin, and Leighann: her son Richard and his partner Luiso Di Amore of Miami Beach, Florida; her son Brian and his partner Sally Burgess of Roslindale, grandchildren Brian Jr., Kerri Ann, Sean and the late Kaitlyn.

Per her request there will be no visiting hours, but all are invited to attend a Memorial Service in her honor at  Knollwood Memorial Park in Canton on December 30th at 11:00 AM.

In lieu of flowers please make a donation to the Dana Farber Cancer Institute.